Little-Known Prague: Šalounova vila in Prague - a gem of Art Nouveau architecture - is a studio designed by and for the sculptor Ladislav Šaloun in 1912.

Šalounova vila in Prague is a studio designed by and for the sculptor Ladislav Šaloun in 1912. This fascinating structure is a gem of Art Nouveau architecture located in the quiet area of Vinohrady.

The author, who was a leading figure of Czech art nouveau symbolism, had ordered the villa as a place for construction of one of his greatest works – the Jan Hus memorial, currently standing at the Old Town Square, known for its big size and irregular shape.

Since its creation, the place was a popular meeting point for the most influential Czech artists and intelligentsia, including the sculptor František Bílek, poet Otakar Březina, painter Alfons Mucha, singer Ema Destinová, composer Jan Kubelík, or writer and painter Josef Váchal. Interestingly, according to the memoirs of the latter, the cellar of the building was also used for occult gatherings which Šaloun reportedly organized in his villa.

After Šaloun‘s death In 1946, the house was declared a site of Czech cultural heritage and was sold to the Czech state by the family of the sculptor in 1980. In 2001, the building was acquired by the Academy of Fine Arts in Prague who undertook extensive reconstruction of the object completed in 2007. Since then, the Šaloun Villa has been used as a teaching space for the visiting academics.

How to get there: Tram 22 to the Ruská or Krymská stop, or walk from the green (A) metro station Jiřího z Poděbrad or Námestí Míru 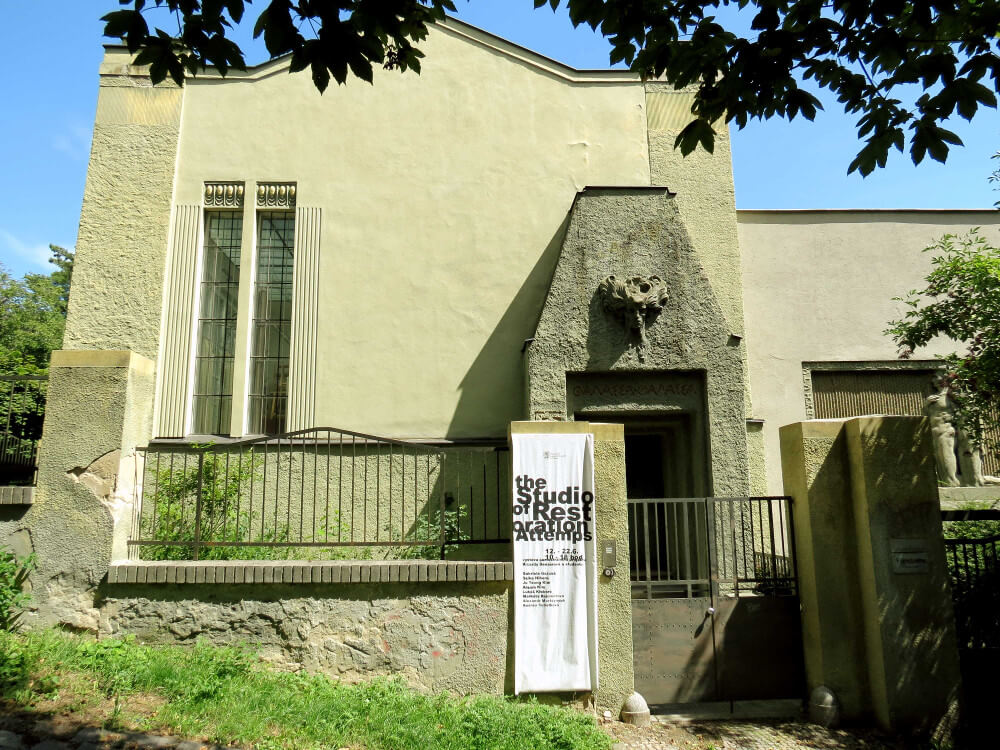 Šalounova vila in Prague is a gem of the Art Nouveau architecture located in the quiet area of Vinohrady. 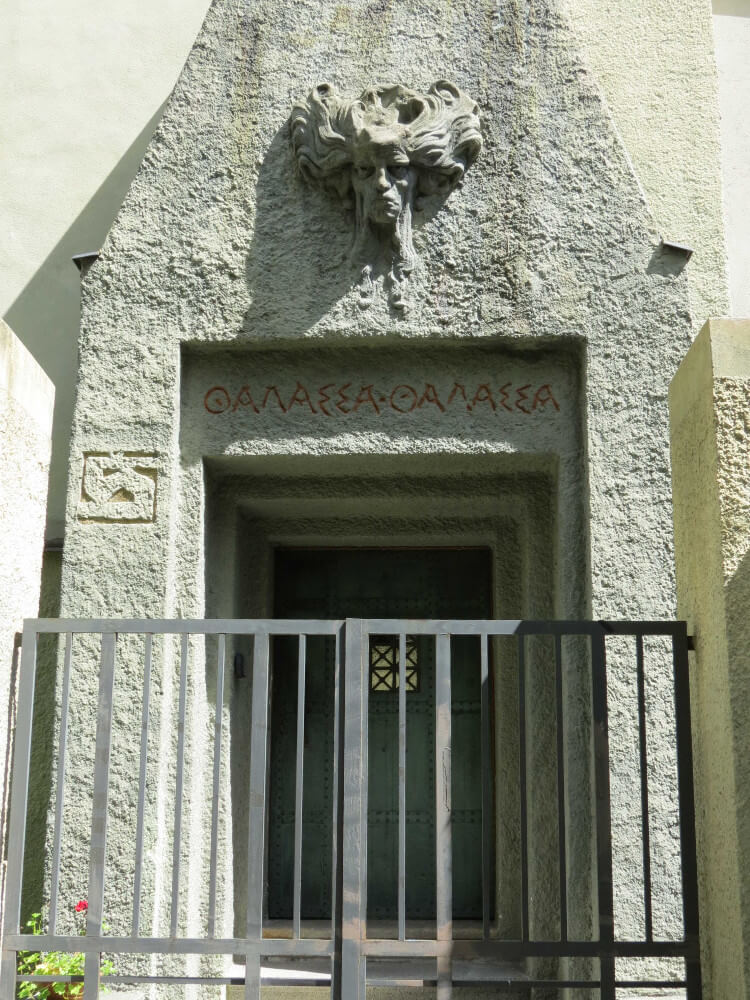 The Greek inscription “thalassa-thalassa” over the entrance door means “sea-sea” and the head above reportedly represents the philosopher Arthur Schopenhauer. 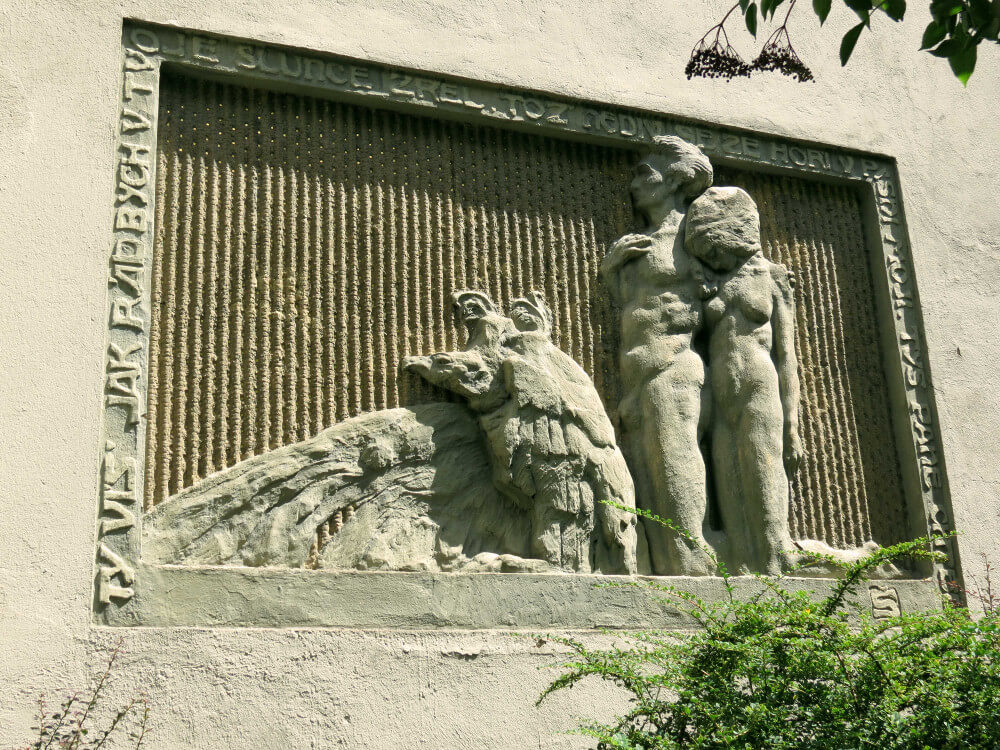 Next to the entrance, there is a verse by the poet Otakar Březina and a wall relief entitled 'Greeting to the Sun'. 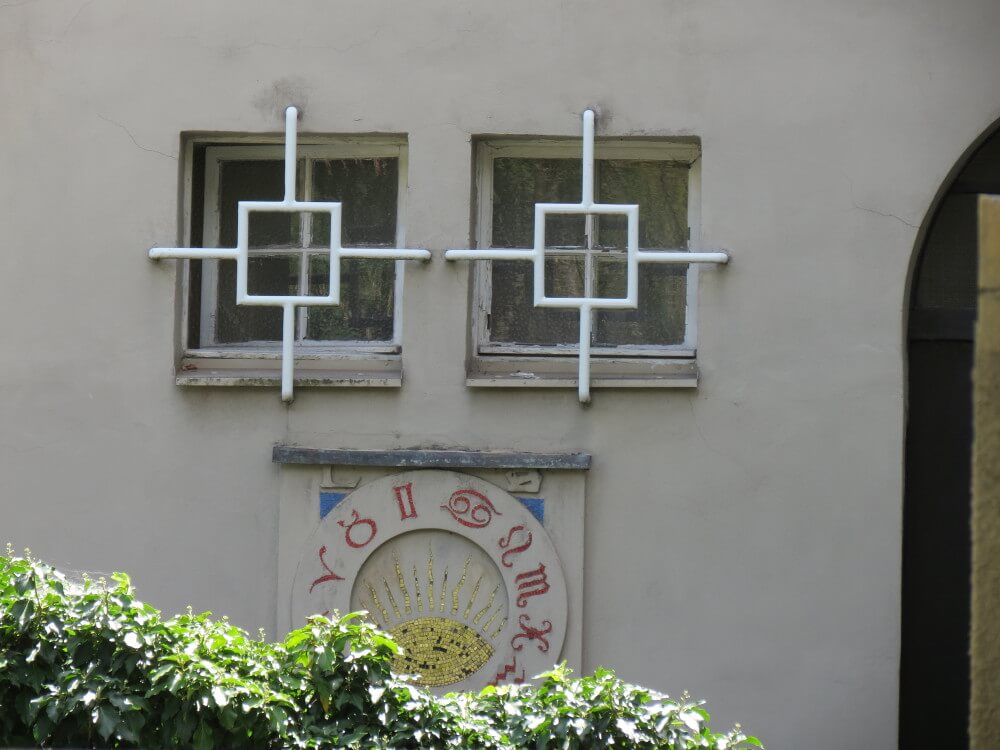 The wall of the residential part of the building is decorated with zodiac signs surrounding the rising sun.