Kranner’s fountain (Czech: Krannerova kašna) is a monument of the Austrian Emperor Francis I (1768-1835). It is located by the rivserside of the Old Town of Prague.

Kranner’s fountain (Czech: Krannerova kašna) is a monument of the Austrian Emperor Francis I (1768-1835). It is located by the riverside of the Old Town of Prague in a tiny park between the Legion Bridge (Most Legií) and Charles Bridge (Karlův Most). When it was constructed in 1850, it was the biggest monument in Prague measuring 29 meters (95 feet).

This spectacular monument is full of amazing sculptures and 17 of them are carved into small pillars of the lower part of the monument. The woman with a shield in the middle, facing the Vltava river, is an allegory of Prague, the remaining 16 figures represent different Czech regions.

In the upper part, there are several figures (1.4 m tall each) being an allegory of diverse factors beneficial for the well-being of the country: science, art, peace, abundance, industry, trade, plowing and mining. In the center of the upper part is the most important of the sculptures – a big riding statue of the Austrian Emperor Francis I (2.91 m/9.5 feet).

Interestingly, the Czech locals were never very enthusiastic about construction of the monument of Francis I in the city. This is because the Habsburg ruler was considered to be a symbol of oppression and fight against the Czech national spirit. After the creation of the independent Czechoslovakia in 1918, the statue was therefore removed from the monument and placed in a museum of sculpture. It was not placed back until 2003, when a general renovation of the object took place and a copy of the original riding statue was installed back in the monument. 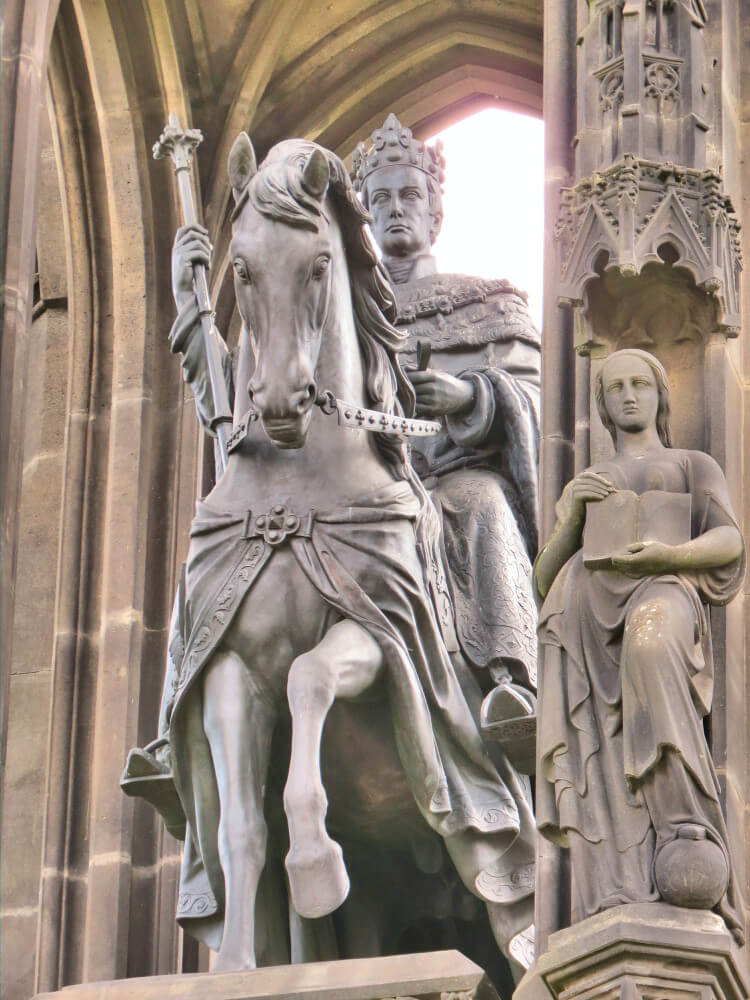 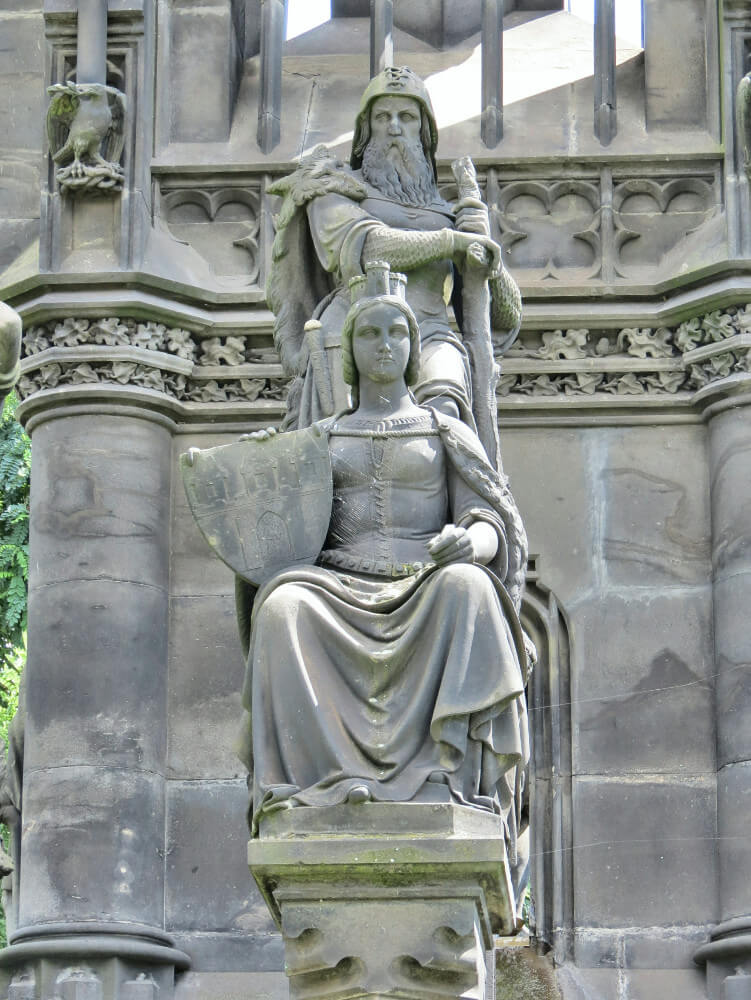 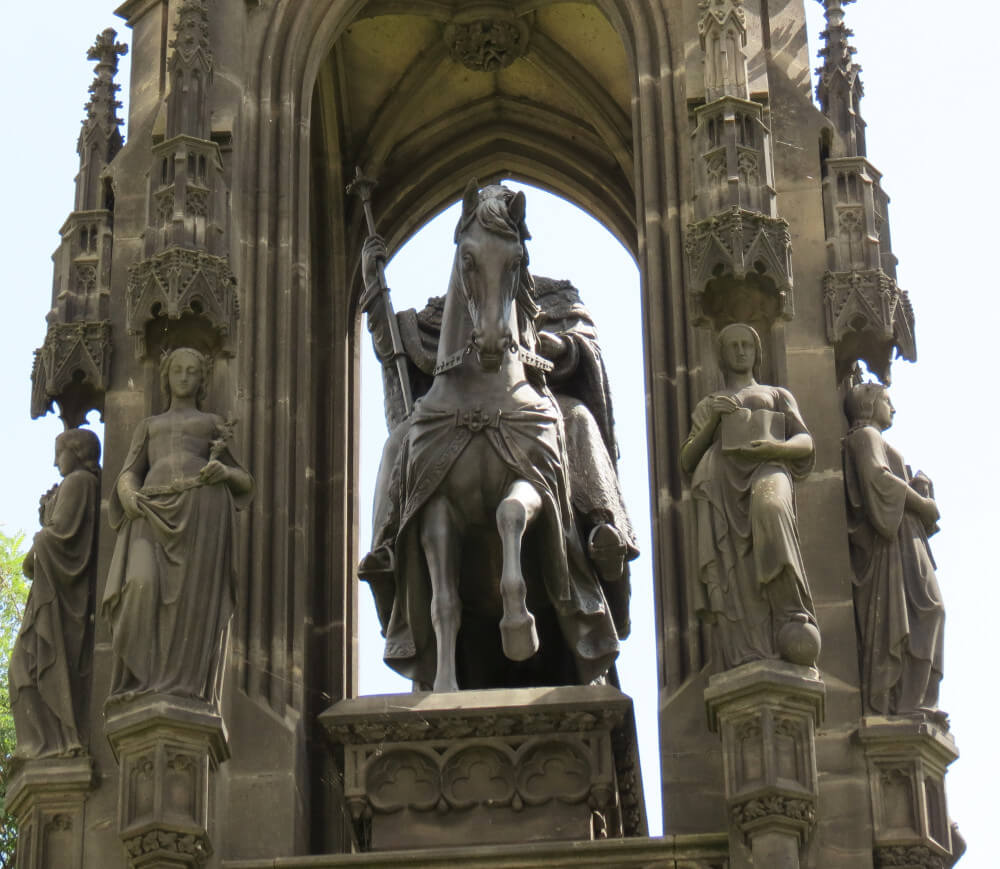 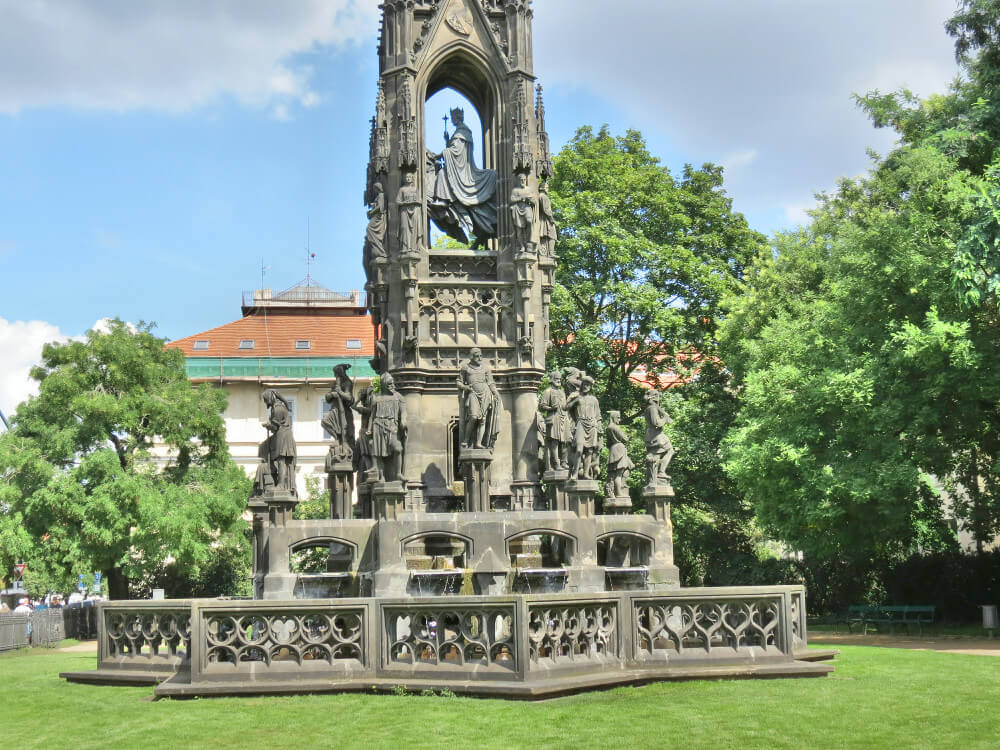